Whether you’ve just discovered Sterling Folkestad’s modeling career or you’re a long-time fan, you’ve come to the right place. Simply continue reading to discover a list that contains everything that you need to know about the model Sterling Folkestad. 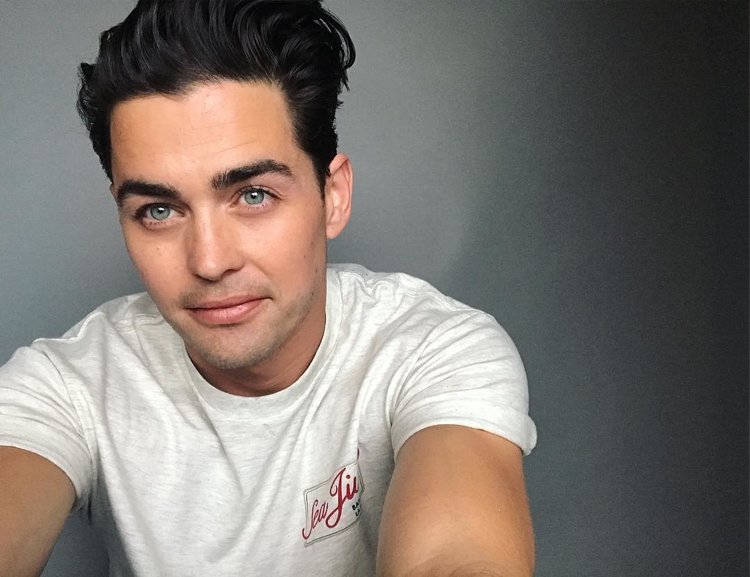 Everything that you need to know about Sterling Folkestad:

Sterling Folkestad was born and bred in Boston but moved to Los Angeles in order to pursue a professional modeling career.

He’s known for his light-colored eyes:

Depending on lighting Sterling’s eyes can look blue, green, or grey. Which is a feature that makes Sterling stand out from the long list of male models who work in LA.

He has dark hair:

Sterling Folkestad is definitely tall, dark, and handsome and is known for his dark tresses.

He has a six-pack:

If you follow Sterling’s Instagram account, you’ll be in for a treat. As you’ll be treated to regular photos of his chiseled six-pack abs. Expect to see regular photos of a shirtless Sterling hiking and at the beach. Especially as he usually is based in sunny Los Angeles.

He is passionate about motorbikes;

If you choose to follow Sterling’s growing Instagram page you’ll also see plenty of photos of Sterling posing with motorbikes as he’s passionate about motorbikes.

He is represented by LA Models:

After moving to Los Angeles in order to pursue a professional career as an international model Sterling was quickly signed by his current modeling agency, LA Models.

He is also represented by CGM:

As Sterling frequently travels across the country to book gigs in Miami, he also has a local Miami-based modeling agency which he is associated with CGM.

Sterling has been lucky enough to model abroad in Milan, where he is now represented by a local Italian modeling agency Independent Men.

He had a small appearance in an episode of a TV series:

Sterling appeared in episode 2.8 of the TV series The Bay, in which he played a good-looking waiter. If you’re a huge fan of Sterling, you may want to check out the episode which was released back in 2015, to see if you can spot him.

He had an uncredited appearance on The Social Network:

You may be surprised to read that Sterling had a small appearance in the blockbuster 2010 movie The Social Network which was inspired by the invention of the social media network Facebook. However, Sterling’s appearance in the film is uncredited. Although he does have an IMDb credit for his appearance.

He built a tiny home:

Sterling built himself a tiny home in MA, to serve as his home base and a retreat from the hustle and bustle of Los Angeles. His tiny home was co-built with his father who is an architect and was designed to offer stunning views of the surrounding landscape.

So if you’re a new or old fan of Sterling, hopefully, you discovered a few fun facts about his life and career as a professional model in Los Angeles.