Kris Kranz is a professional American model who is based New York City and is currently represented by Muse NYC which is a high-profile, in-demand modeling agency. To discover a bit of information about Kris’s background as well as how he became a professional model, simply continue reading to read Kris Kranz’s bio. 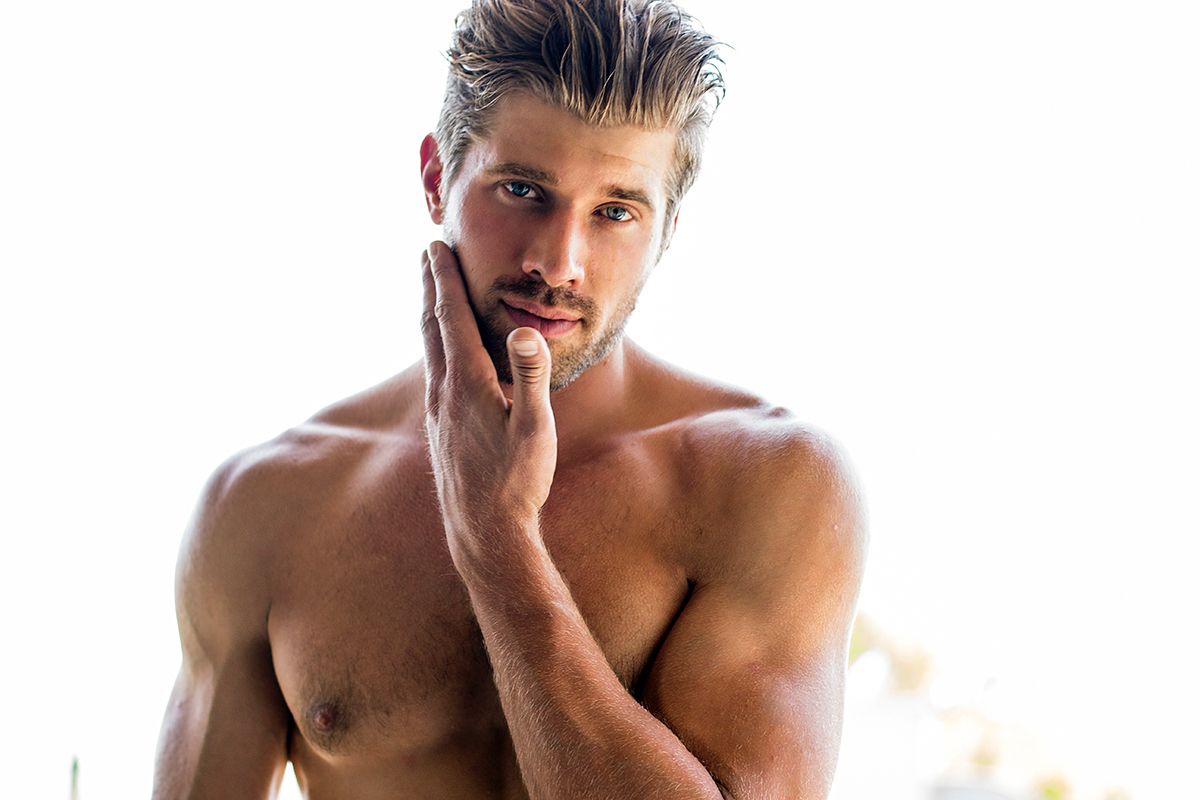 Kris was born in Bloomington, Minnesota. However, at 19 Kris decided to live in Los Angeles in order to pursue a career as a model.

Kris originally thought that he would become a mechanic, however after he appeared in a Cosmo magazine at age 19 with his shirt off, he quickly gained attention from modeling agencies. Who wanted to sign him to their books. At the time Kris was only 19 years old and had no prior modeling experience.

As you might expect, as a male model Kris is taller than average and is 6 foot tall.

Kris is also known for having a natural, golden-looking tan as well as his chiseled physique. As he has a perfectly toned, muscly body, he’s often photographed shirtless or in underwear.

Kris is known for his short blonde hair which is definitely one of his trademarks as a model. While some male models experiment with growing their hair to stand out, Kris has always had short hair.

Kris has baby blues eyes which photograph well and are one of his assets as a professional model.

Kris has a distinctive, masculine square jawline which sets him apart from his competition.

Kris takes part in a wide variety of photoshoots, examples of which include commercial shoots, underwear shoots, and designer shoots. One example of a company that Kris has modeled for in the past is Energie Underwear.

Kris has modeled for one of the best photographers in New York City, Michael Tamarro. Tamarro is an in-demand photographer and has worked as a professional photographer for over 23 years.

So if you’re interested in following Kris’ career as a professional model, it’s definitely well worth checking out his work with Michael Tamarro and Sonny Tong. If you’re curious about his first modeling shoot, it’s also a great idea to track down his first photo in Cosmo. Which set him on the path to become a successful male model.