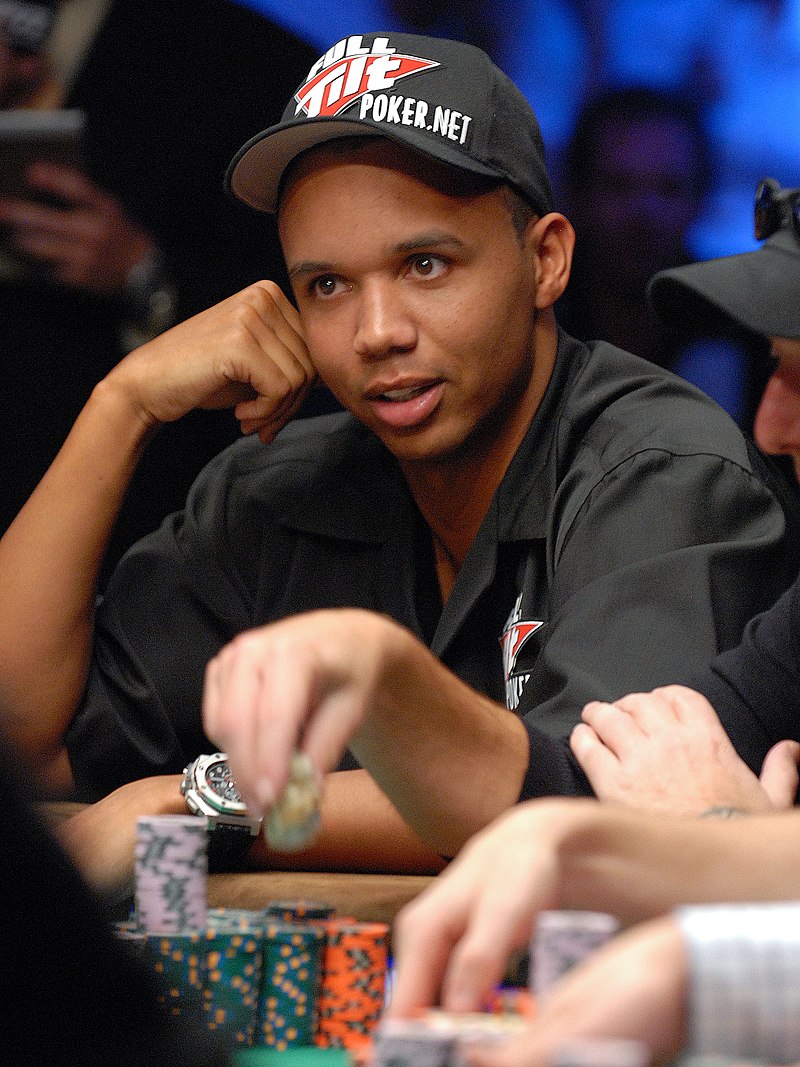 Phillip Ivey is a poker player born in Riverside, California. Just keep reading to discover everything you need to know about Ivey, from his career to his estimated wealth.

Phil Ivey was born in 1977 in California and showed an interest in poker from a young age. Whilst working in telemarketing, he would play poker regularly against his colleagues, with great success. Once he discovered his calling, he obtained a fake ID under the name of Jerome, and he played in the casinos of Atlantic City. He was seen so often around the tables that he earned the nickname No Home Jerome, as Jerome was never at home. He’s earned other nicknames, including The Tiger Woods of Poker, for his physical resemblance to the golfer and completely dominating his chosen field in the same way Woods dominated the golf scene.

Ivey has proven to be one of the top players of a generation. Indeed, he’s even listed as one of the best poker players of all time, and with great reason. He has amassed ten World Series of Poker bracelets, made the final table at the competition on 18 occasions, and secured an eye-watering 59 money finishes. He wasn’t just a phenomenon around the felt; he was also a key figure in the early poker boom and had a Full Tilt Poker account which turned $20m profit, the most of any online poker account in history.

At one point, the high-roller room at the Aria casino was known as the Ivey Room in his honor, although it has now been changed because the Ivey fairytale does have some controversy written into the narrative.

Ivey might be one of the best poker players of all time, but his reputation has been tainted by several scandals, which have seen much of his estimated $100m fortune lost. He was a major figure in the Full Tilt Poker promotion pre-2011 and was heavily involved when it was the subject of closure as part of the 2011 Black Friday collapse. He had been one of the faces of the promotion, attracting customers who subsequently lost money. Such was his embarrassment that he pulled out of the 2011 World Series of Poker and took himself out of the limelight.

In recent years, he’s been the subject of several lawsuits after becoming entangled in an edge-sorting scandal, which has threatened his reputation further. One London club, Crockfords, refused him more than $7m in winnings after suspecting him of cheating. He was found guilty, with Genting Casinos ruled to have been correct in not paying him out.

His second big cheating scandal came back in the city which earned him his No Home Jerome nickname, Atlantic City. The Borgata Casino sued him for cheating at baccarat by exploiting a defective deck of cards. Such was the controversy his 2019 World Series of Poker winnings were withheld until the issue was settled, and in the end, he did settle with the casino, to the tune of more than $10m.

Phil Ivey is back around the poker tables after seemingly taking time out of the limelight. Whilst the controversies have sullied his reputation a little, he is still a top poker player, and he’s once again active around the tables of Las Vegas casinos. Whether the fallen star can rebuild his career remains to be seen, but his talent has never been drawn into question, and if he stays free of controversy, there’s no reason why he can’t once again sit on his throne as the king of poker.

If you enjoyed this article, you might also enjoy our other celebrity biographies, including the bio of actor David Giuntoli.