English football might not have the most glamourous record internationally but the Three Lion’s national team continually produce world-class talent that hone their craft for club and country meticulously.

With such a plethora of talent on show, England is guaranteed a batch of gleaming jewels that go above and beyond the call of duty for their country. Let’s explore the best players to have ever put on an England shirt and how they contributed to their country to become global icons.

Alan Shearer was ruthless in front of goal and plied his trade at an expert level for club and country. Shearer chalked up 63 caps for England and turned up the heat when donning the Three Lions shirt.

In those 63 appearances, the former Newcastle and Blackburn Rovers talisman scored 30 goals for his country, which averaged one goal every two games. Shearer hung up his boots at international level in 2000 but went on to play another six seasons at club level.

David Beckham has to be considered as one of the best players to ever proudly wear the Three Lions colours. Beckham burst onto the international scene in 1996 and recorded 115caps during his illustrious career with the national team, the second-highest caps in English history.

Beckham’s distinguished career speaks for itself, loaning his services for some of the biggest clubs in the world. Over the past few years, Beckham has focused on bringing the international stage back to England as he has worked as a spokesman for the Three Lions.

Beckham’s last official English game was in 2009, as he narrowly missed out on the 2010 World Cup due to injury and failed to make the Euro 2012 squad.

Harry Kane has already proven himself a stalwart to club and country and continually surprises pundits with his natural goal-scoring ability. The Tottenham catalyst’s exploits at the 2018 World Cup saw him become the first English player to win a Golden Boot at the tournament since 1986.

Kane has been anonymous so far at Euro 2020 but still has plenty more gas in the tank to chase some of the fabled England records down. England started Euro 2020 as favourites in the fixed odds markets, with the hope of chasing down their first major trophy since 1966.

Wayne Rooney will go down in history as an English hero and has chiselled his name into books as the country’s best. Rooney exploded onto the international stage at Euro 2004 with his emphatic two-goal performance against Switzerland.

The former Man Utd frontman retired from international football in November 2018 and now focuses on the management side of the game.

Bobby Charlton reached the upper echelons of football and was another member of the golden generation of football. Charlton was a member of the 1966 World Cup winning team and also secured a plethora of accolades with club and country.

Charlton almost never got the chance to play for his country as he survived the tragic Munich air disaster in 1958. The Manchester United legend made his debut the same year and the rest was history as he became not only one of Manchester United’s best-ever players, but one of England’s as well.

John Barnes occupied the England dressing room from 1983 to 1995. The Jamaican cut quite the figure out in an England shirt, playing on the left-wing for England over 79 appearances in a 12-year-span.

Barnes raised some eyebrows when his herculean performance against Brazil in Rio de Janeiro in 1984 when he scored the only goal of the game to secure a historic friendly win over Brazil in their own backyard.

Just like many other English players who honed their craft for their country, Barnes did not live up to his full potential and saw his international appearances decrease as he got older.

Even though Owen was not the largest player on the pitch, the Chester-born striker carved out a towering figure for the national team. The centre-forward rose to stardom in England while he was playing for Liverpool, and he made his England debut in 1998.

While Owen scored a myriad of incredible goals, the one Owen strike which stands out in everybody’s mind came in an England shirt, aged just 18, he tore apart a battle-hardened Argentinian defence to score a prolific England goal.

Owen had an outstanding career for club and country and will forever be etched in England fans’ memories for his wonder goal against La Albiceleste. 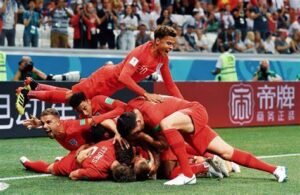 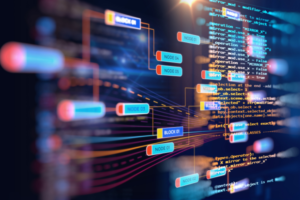